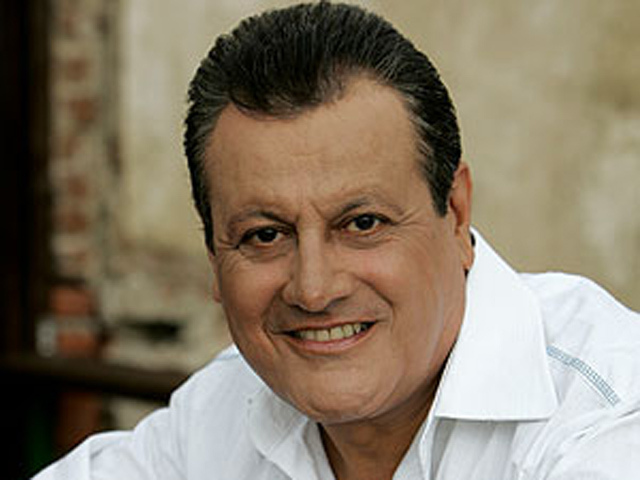 Ismael Miranda used to be the one of the youngest members of the iconic 70′s salsa band, Fania All Stars. Now he’s one of the few left, with the passing of Celia Cruz and Hector Lavoe, but at 63, he’s still going strong. Starting his own rock and roll band at age 11, in New York City, he says he thinks he was born singing instead of crying.

He says he recently started an international tour, celebrating his 45-year musical career until January. This weekend, he will be flying to Los Angeles from his home in Puerto Rico to join thousands of salsa lovers at the 15th Annual International LA Salsa Congress, featuring classic band members from Grupo Niche, El Gran Combo, and the band he joined more than four decades ago — Fania All Stars.

“I’ll be performing with Oscar Hernandez’ band on Saturday,” says Miranda, explaining that only he, Larry Harlow and Adalberto Santiago will be performing from the legendary All Stars. “It’s been a while since I’ve performed with Larry.”

He says Harlow now has his own band as well, but their history goes way back.

“When I started working with Larry, that’s when I started composing,” says Miranda, who was 19 when he joined Fania Records.

“We were together for about four years, and we did nine or eight albums. I was really grateful for that. He was a very important part of my career.”

He says it was because of Harlow discovering him that he was ever a part of Fania All Stars and of the 1972 film, “Our Latin Thing,” and got the role of Hector Lavoe’s father in “El Cantante” (2006).

He often recalls the memories of their international trips to Africa and Europe.

“We went all over the world,” says Miranda. “Fania is the most important band in the history of salsa music. Salsa is never going to stop. It’s been around all of our lives.”

Despite what others might think, he is adamant that the salsa genre is still as popular as ever.

“With the Salsa Congress, all the young people are dancing salsa in Europe, Asia, and in Central and South America,” says Miranda. “Everybody is dancing salsa in the United States. We are traveling all over the world, and there are millions of young people dancing — I think it’s on the upside — it’s one of the rhythms that’s most called for in the world.”

Jimmy Bosch, a younger trombonist who participated in several Fania sessions, and who will be performing with the band this Saturday, agrees.

“It’s hard to put a finger on what it was that made seventies salsa so special,” Jimmy Bosch, a younger trombonist who participated in several Fania sessions and will be performing with the band this Saturday, told Rolling Stone. “It was the times, too – everything that was going on socially and politically. People like me, who discovered that music then, we’ve never steered away from it.”

Miranda says there’s a lot of young performers to look out for such as, Victor Manuelle and Frankie Negron.

“Right now there’s like about 10 bands in South America,” he adds. “The music is not going to stop. There’s a lot of young guys, and they all do a good job.”

This is his third time performing at the Salsa Congress, and he says he’s excited to see his old friends and sing his favorite tunes, including “Maria Luisa,” “Asi se compone un son” and “No me diga que es muy tarde ya.”

And although, he’s nearing retirement age, he says he’s working more now than ever before.

“I started my own recording company,” says Miranda about IM Records. “I do my own booking in my own offices. I do my own albums and everything. I don’t have to retire — I’m still having a nice time.”

One thought on “Ismael Miranda, of the Fania All Stars, says the future of salsa is bright”