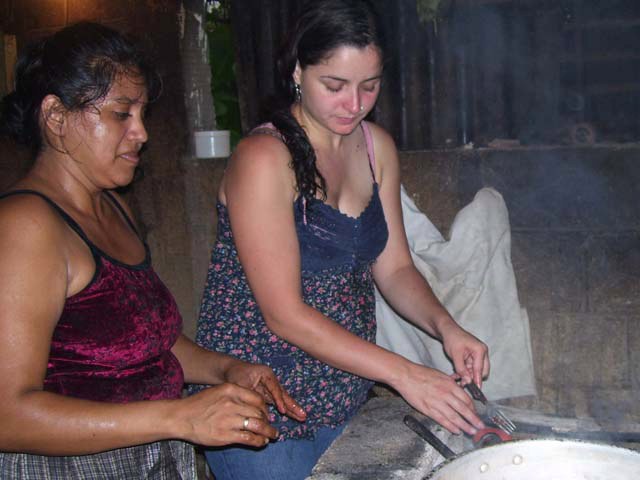 Many have heard of the mysterious killings of the women in Juarez, Mexico, but filmmaker Kimberly Bautista is traveling from country to country to spread the word about what she says is the femicide that’s also common in Guatemala and other Central American countries.

Her award-winning documentary called “Justice For My Sister” is about a 27-year-old Guatemalan mother of three who left for work one day and never returned. It was revealed shortly after that her boyfriend had beaten her to death and had left her on the side of the road. According to Bautista’s data, 580 women were murdered in Guatemala in 2007, and only one percent of those cases have been solved.

The film, which promotes awareness of violence against women, has made the rounds in film festivals in the U.S. and Central America and will screen in San Jose, Costa Rica, Wednesday. It was named the best long-form documentary in Central America as well as in the Los Angeles Latino International Film Festival this past October. But most importantly, its anti-femicide message has turned into a movement.

“The goal is to replicate what we’ve done in Guatemala across Central America and to raise awareness about violence and for ways women can get help,” says Bautista, who has also started Texting Peace – a program which allows women to report threats or harassment via text message.

Another aspect of her anti-violence campaign is training youth to learn about the cycle of violence, and engaging men in the conversation.

“Most violence against women is a result of male privilege, because society is constantly justifying their actions – that contributes to more violence,” says Bautista who gets funding through different embassies. “Once they receive their training, they present events in their specific communities.”

Bautista, 28, is originally from Pasadena, Calif. and is born to a Colombian father and Irish-American mother. However, she has been an activist against the violent killing of women in Juarez since 2003.

“I think that to a certain extent domestic violence against women is so marked by silence that I wanted to offer a platform to intervene in that,” she says. “There are many facets of violence – sexual, physical, verbal – it’s just so pervasive…A key part of violence prevention is to provide people with a safe space to develop their leadership skills, so they can be active community members and call out violence when they see it.”

She says she the anti-domestic violence movement in general becomes more proactive through community building and holding people accountable.

“I want people to understand that this isn’t just an issue between two people, — it’s a societal issue,” says Bautista. “When people see the film, they tend to relate to the characters. At the screenings, we’ve heard stories of rape, economic and emotional violence.”

The filmmaker is no stranger to violence herself. During the end of the 4-year period it took to make the documentary, Bautista herself was held hostage and raped by armed assailants in the house she was staying at in Guatemala. Her camera equipment was stolen, but to this date, there’s no resolution to the case, and it’s unclear if the perpetrators had targeted her because of the work she was doing.

“We were able to identify two suspects, but they were released,” says Bautista, which is a similar occurrence that happens in other violence against women cases in Central America, according to the film.

She explains this act of violence towards her made her realize her film could be used as a prevention tool and hopefully encourage especially men to take a stand against violence.

“In the process of making this film, we were able to take justice into our own hands in a transformative way,” says Bautista.