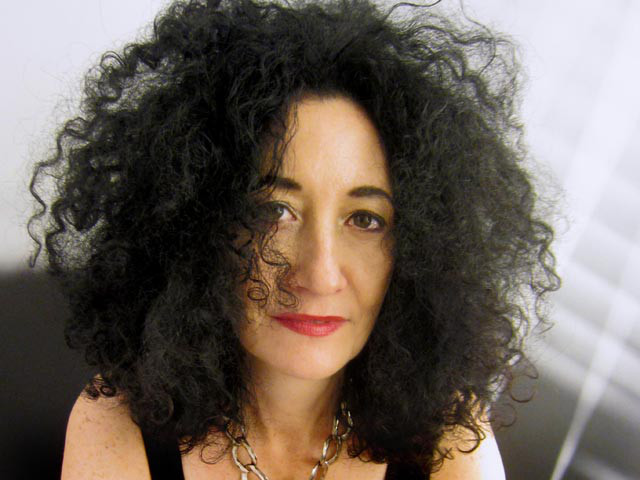 To Guayaquil-born Cecilia Villar Eljuri – better known as just Eljuri – music is as integral to her life as water.

Her mother was a pianist and composer so Eljuri was exposed to boleros, tango and flamenco when she was five. When she was 12, she says she became addicted to guitar and rock.  She started playing her own music at 17 in clubs in New York City, where she still resides.

“I write from the heart, but it’s mostly from experiences and people I meet when traveling – about empowerment and fighting for change and rights and everything else,” says the eclectic musician often called “Carlita” for her resemblance to classic rock guitarist, Carlos Santana.

After playing an active role trying to get Latinas to vote in the last U.S. presidential election, via Voto Latino, the latest change Eljuri is fighting for is clean water in her native Ecuador. A luxury not all citizens of the world have.

“I met the president of Water Ecuador at an Ecuadorian festival in Washington DC in 2008 – I was performing and he had a booth,” says Eljuri who had also just released her first solo CD.

“He wanted to help treat people as a med student and found a lot of people had stomach issues and it came from the water being infected. Instead of curing people after they get sick, he thought, ‘let me prevent it.’”

Over the years, they stayed in touch, and chose Isla Puna – a small island four hours from Guayaquil, with little access to the mainland and extremely contaminated drinking water, for their next clean water project. It will begin construction on January 6.

“We provide them education and then connect with communities to teach them how to maintain a water center – we make it self-sustainable,” says the singer, who had a benefit concert this past October. “We raised tons of money, and we did a hot-a-thon releasing a single for the concert to raise more money…The money goes right to the project.”

She explains that Water Ecuador is mostly run by volunteers.

“There were 20 last summer – many were students from Harvard and Yale,” says Eljuri.

While Eljuri continues to raise money for clean water, she is also working on a music video for one of her latest songs, “Ya es hora,” and an educational guitar series for beginning and accomplished guitarists to find their “voice.” This year, she plans on touring the U.S., Mexico and Canada.