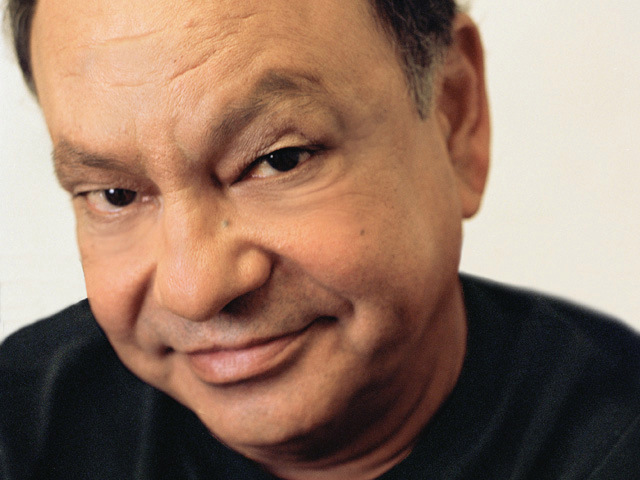 This is a big birthday weekend for one of America’s favorite funny men, Cheech Marin. In addition to celebrating his 66th birthday tomorrow, the ArtHamptons International Fine Art Fair is awarding him with its Arts Patron of the Year Award.

Who knew this third generation Mexican-American actor who has been in countless American movies, such as the famous “Cheech and Chong,” and who is particularly known for his heavy Mexican accent, is not really fluent in Spanish? He’s also the world’s largest collector of Chicano art.

“It’s really an honor, because I get it in the Hamptons,” says Marin about what receiving the award means to him. “They don’t really know Chicano art.”

The ArtHamptons, a three-day international art fair in Bridgehampton, NY is expecting 12,000 art lovers to visit during the weekend. Rick Friedman, president of the Hamptons Expo Group, the organizer of ArtHamptons, says Chicano art was brought to the Hamptons for the first time in honor of Marin.

“The reason he was chosen was because he has a 30-year commitment to the arts and giving back to the arts,” says Friedman, who adds that Marin has been integral to the Chicano arts movement in America. “He’s taken a lot of artists under his wing, he’s done 15 museum tours, and written books. We felt that he should be recognized…”

On his birthday, Marin will doing one of the things he loves most, talking about art and new Chicano artists. 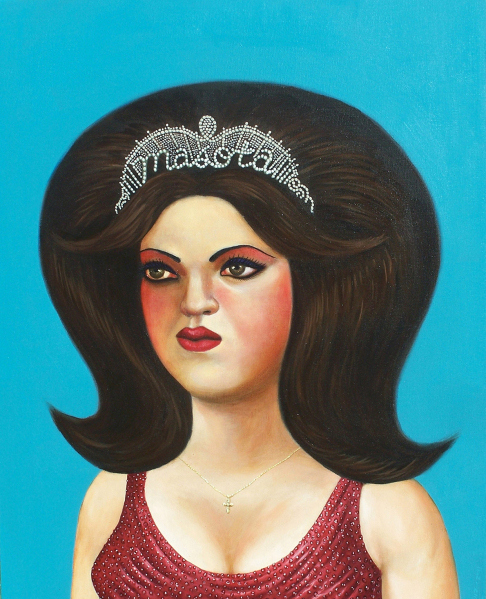 He says he’s loved art all of his life and he started collecting Chicano art in 1985.

“When I got to the point when I had enough money to buy it, I started collecting,” says Marin who also wanted to help starting artists. “I started doing shows so they can be seen more.”

Today, he says he probably owns around 400 pieces of Chicano art.

“It’s all over my house,” says Marin who just recently moved to a new home in Pacific Palisades, Calif. “It’s like a gallery.”

He says he enjoys spending his days lately traveling the world sharing his art exhibitions, but he can’t bare to pick a favorite.

“It’s like choosing your favorite child…,” says Marin. “It’s a window into another world…It’s like watching movies but at a slower pace.”

He urges everyone to come out and see him on his birthday, or at least check out his website. He also mentions Carlos Donjuan and Carlos Ruiz, both from Texas, as being two up-and-coming Chicano artists to be on the lookout for.

“You don’t need a lot of money,” says the experienced art collector about buying art, although the pieces at ArtHamptons range in price from $5,000 to $30,000. “…just some knowledge. Art fairs are a good place to do some research.”

As far as what he is wishing for when he blows out his candles tomorrow?

“Peace in the Middle East,” says Marin. “Can we all just get along?” 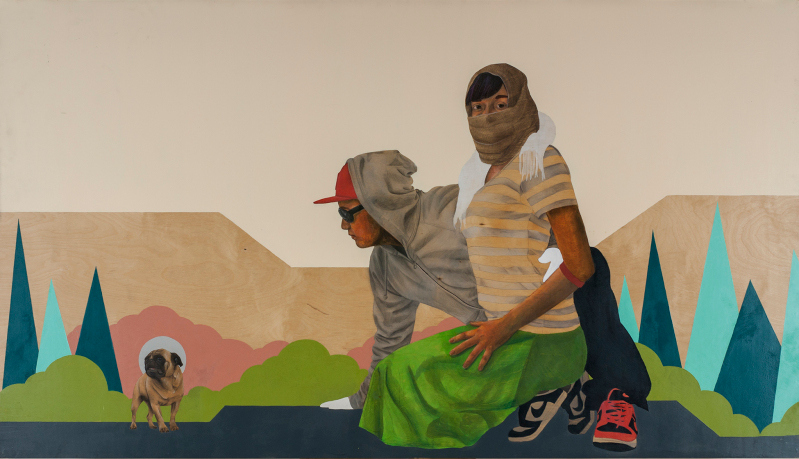